Fascioliasis is a parasite infection caused by members of the genus Fasciola. When humans develop fascioliasis, the species Fasciola hepatica is often the culprit. In this article, we will therefore focus on fascioliasis caused by F. hepatica. 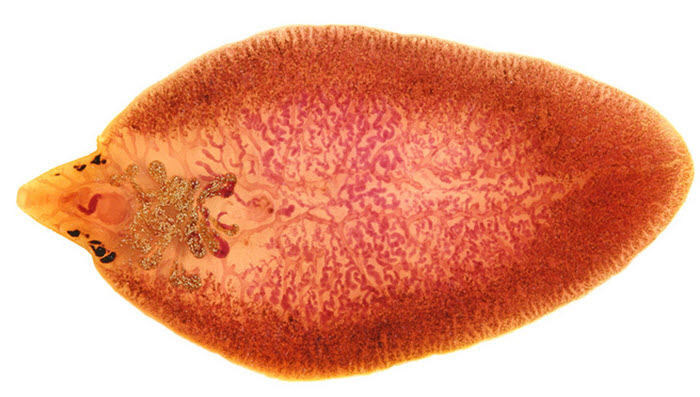 Where in the world does F. hepatica live?

F. hepatica is present on all continents except Antarctica.

The incidence of human infection varies a lot between the different countries and regions where F. hepatica is found. F. hepatica is for instance present in Sweden, but the number of people infected with the parasite in Sweden is very low. In the highlands of Bolivia and Peru, the rate of infection in humans is very high. In Egypt, the rate of infection is so high that it is considered a major national health problem.

There is no vaccine available against fascioliasis, but a lot of research is carried out with the aim of creating one since fascioliasis is such a big problem for the cattle and sheep industry in areas where these parasites are present.

Humans typically get infected with F. hepatica by eating raw plants grown in wet areas, especially if there is also a lot of grazing animals present where the plants grow. The parasites are attached to the plants and enter the human body this way. They can for instance hitch a ride with Pistia stratiotes and Nasturtium officinale.

A human can also be infected through water containing free living parasites that haven’t found any plant to attach to yet. Eating food rinsed in such water is one example of a possible transmission route.

It is possible for a human to get infected with F. hepatica by eating meat from an infested animal if the meat hasn’t been cooked well enough. The liver is especially risky, since the parasites gather there during one part of their life cycle. 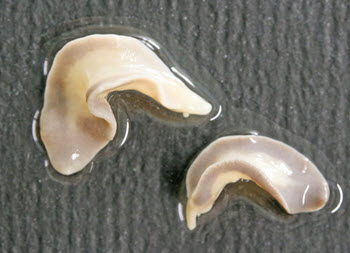 The most dangerous symptoms will typically manifest soon after ingesting the parasites. The newly arrived parasites will migrate to the host’s liver and start eating liver tissue, causing various symptoms from the liver. The parasites can cause a lot of damage to the liver, including widespread tissue death and bleeding. If the liver stops working, the infestation is lethal for the host.

F. hepatica is sensitive to many anti-parasite medicines, including triklabendazol, klosantel, oxyclozanide and nitroxynil. In many countries, only triklabendazol is approved for the treatment of infected humans. Triklabendazole is capable of killing both larvae and adult F. hepatica parasites.

In cattle, the fungi Pochonia chlamydosporia can be used to kill the parasite’s egg. This treatment is not approved for human use.