Tick-borne encephalitis (TBE) is caused by a virus spread by ticks. The TBE virus is present in the salivary glands of an infected tick, which means that the virus can reach your blood stream even if the tick is removed soon after biting through your skin.

The TBE virus isn’t present in ticks in the United Kingdom, but in many other European countries. The geographical region where there is a risk of TBE infection runs like a band from Northern, Central- and Eastern Europe through Russia, northern Kazakhstan, northern Mongolia, northern China, and Japan. This band is predominantly within the non-tropical regions of the Eurasian forest steppe. At the time of writing, the western-most limit of this band goes through Sweden, Germany, Switzerland and Italy. There are also some cases of TBE reported from Norway’s Oslo region, close to the Swedish border.

In the period 2011 – 2013, only six cases of TBE were reported in the United Kingdom. All of them pertained to patients that had visited areas where TBE is endemic. Three had visited Sweden, two had visited the Baltic States and one had visited the Czech Republic. In 2013/2014 the number of reported cases rose to nine; all in patients with a history of travel to countries in Europe or Asia where TBE is endemic. The number of reported UK cases is believed to be much lower than the number of infected UK residents, since most people that become infected with the virus only develop short-term influenza-like symptoms that they probably wont seek medical attention for. 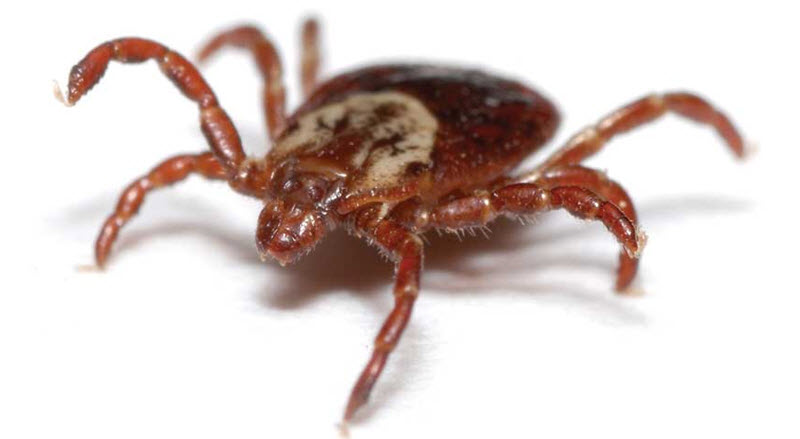 If you live in the United Kingdom, vaccination against TBE can be a good idea if you are planning to visit or live in an area where TBE is present. Please note that the prevalence of ticks, as well as the prevalence of TBE in those ticks, can vary greatly within a country. TBE is known to occur in highly focal areas within the TBE-band.

Examples of factors to consider

In the United Kingdom, TBE vaccination is only offered by private clinics.

TBE vaccination is not available for free on the NHS.

One dose will typically cost £50 – £70. The cost can vary a lot between private clinics, so it is advisable to shop around. 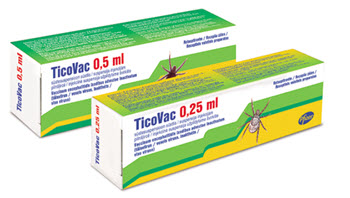 Two of the most commonly used TBE vaccines in the United Kingdom are TicoVac and TicoVac Junior. (In some countries, these vaccines are sold as FSME IMMUN and FSME IMMUN Junior.)

These vaccines should not be administered to anyone who has a fever, nor to anyone who is allergic to eggs. The vaccine contains egg protein.

If you are pregnant, breastfeeding, have an auto-immune disease, have a weakened immune system or have any condition that affects your brain or central nervous system, tell your prescribing medical professional. An individual assessment is necessary to determine if you should be vaccinated.

Vaccination with TicoVac (for adults)

Vaccination with TicoVac Junior (for children)

Examples of side effects in adults:

Examples of side effects in children:

The vaccine provides protection for approximately nine out of ten people who go through the complete vaccination schedule.

There is no guarantee that you will obtain full coverage, so protecting yourself against ticks is still recommended.

TBE is caused by RNA-virus belonging to the family Flavivirus. Within this family, we find several other dangerous viruses, including the ones responsible for Japanese encephalitis and dengue fever.

The abbreviation TBE stands for Tick-borne Encephalitis. Several wild animal species can serve as vectors for the TBE virus, including deer and many rodent species. A tick can pick up the virus when feeding on an infected host, and then infect its own offspring, thereby creating a large number of infected ticks.

There are three types of TBE virus:

A majority of the people infected with TBE virus only develop mild to moderate symptoms, but for some individuals the virus causes encephalitis (brain inflammation) or meningitis – two potentially deadly conditions. It can take months to recover from encephalitis or meningitis, and long-lasting neurological problems are not uncommon. TBE can for instance cause long-term memory issues, severe fatigue and loss of mobility.

The incubation period is usually 4 – 14 days, but can be up to a month.

The first symptoms are typically fever, headache, muscle-ache and fatigue. These symptoms normally vanish within just a few days. For many, this is the whole extent of their bout with TBE.

For some, new symptoms will develop roughly one week after the first symptoms went away, and now the disease is much more serious because the virus has spread to the brain or to the membranes surrounding the brain. Examples of symptoms: high fever, severe headache, sensitivity to light, dizziness, vomiting, memory problems, speech problems, difficulty concentrating, loss of mobility.

There is no specific anti-viral treatment against TBE. Treatment is focused on handling the symptoms and aiding the body as the immune system fights the virus.