Typhoid fever is caused by the bacteria Salmonella enterica serotype Typhi. This disease is normally spread by food and drinks, but other transmission ways are also possible, including direct contact with an infected person. Ingesting just 100 bacteria can be enough to become ill. 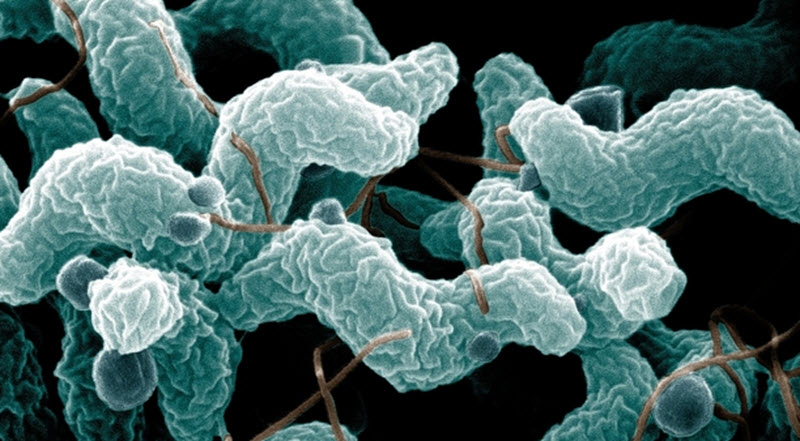 Typhoid fever is no longer endemic to the United Kingdom, but cases are diagnosed in the country now and then in people who have spent time abroad. Typhoid fever occurs world-wide in countries with widespread poverty and inadequate hygiene standards. As late as the early 20th century, typhoid fever was a common disease in Europe.

Typhoid vaccination is generally recommended for journeys to Africa, Central America, South America, and for those parts of Asia (including the Middle East) and Oceania where the disease is widespread. Most of the recent cases of typhoid fever in the United Kingdom have been traced to India, Pakistan or Bangladesh. The Middle East is another significant source of European typhoid fever cases.

A person can be infected with typhoid fever and shed bacteria without knowing it; some infected people become lifelong carriers unless they receive treatment.

Vaccination against typhoid fever is usually free on the NHS from GP surgeries. At private travel clinics, the cost is usually around £30.

It is important to follow the instructions from the manufacturer and from the prescribing medical professional.

One example of an oral typhoid vaccine that is commonly used in Europe is the one where you swallow three capsules with two days between each capsule. The last dose should be taken at least three weeks before you need protection against typhoid fever. The protection lasts for three years. If you want to stay protected after that, you need to repeat the full procedure again.

Examples of side effects are fever, nausea and headache. Side effects will usually vanish within a few days. 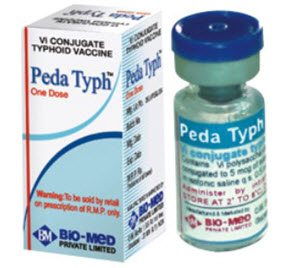 The injection should ideally be given at least two weeks before you need the protection. The injection is given in the upper arm.

You only need one injection to be protected for three years. After three years, you need a new injection (or a complete capsule vaccination) to stay protected.

Examples of groups that are normally vaccinated against typhoid fever by injection rather than orally:

Breastfeeding women can be vaccinated orally.

Examples of side effects of the injection are fever, nausea and headache. The injection site can become red, swollen and tender. Side effects will usually vanish within a few days.

Children can be vaccinated against typhoid fever from the age of 2.

Children under the age of 5 are vaccinated by injection.

Children aged 5 or more are vaccinated with capsules.

Without proper medical intervention, approximately 10% – 20% of those who fall sick with typhoid fever dies from the disease.

Contaminated food or drinks is a common source of typhoid fever infection. The disease can also be transmitted directly from one person to another, e.g. if you shake hands with someone that has bacteria on the hand, and you then transfer the bacteria to your mouth.

The bacteria will be killed if the food is sufficiently heated, but an infected person or contaminated utensils can easily contaminate the food again before it is served, and ingesting only 100 bacteria is enough to become ill.

Typhoid will typically consist of three stages, plus a fourth stage where the symptoms gradually subside if the patient is still alive and there are no complications. Each stage normally last for roughly one week.

First week: During the first week of symptoms, the fever will normally increase in a step-by-step fashion until it reaches 40°C or more. Other examples of common symptoms are constipation, headache, muscle-ache, nose bleed, coughing, low pulse, and fatigue.

Second week: During this week, the constipation is typically replaced by a smelly diarrhea that looks like green pea soup. The fever remains high and the pulse is still low. Delirium is not unusual. Liver and spleen can become enlarged. The whole stomach is often extended and achy. Roughly a third of those who suffer from typhoid fever develop a red rash during this stage, with each spot being 2-4 mm in diameter.

Third week: The fever is still high. During this stage, there is an increased risk of serious and potentially deadly complications such as encephalitis, intestinal perforation, inner bleedings and sepsis.

Fourth week: If the person is still alive and there are no serious complications, this is typically the week when the symptoms starts to go away and the person gets better.

Typhoid fever is treated with antibiotics. Bacterial resistance against antibiotics is a problem, especially in India and certain other parts of South-East Asia.

In addition to antibiotics, treatment will involve handling the symptoms, e.g. replacing fluids and electrolytes lost due to diarrhea.